In December ‘21, I was happy to have a slot as a speaker at the IT-Tage 2021, presenting my topic “Kein WLAN, kein LAN: IoT-Installationen vernetzen” (“No WLAN, no LAN: Wiring IoT installations”). 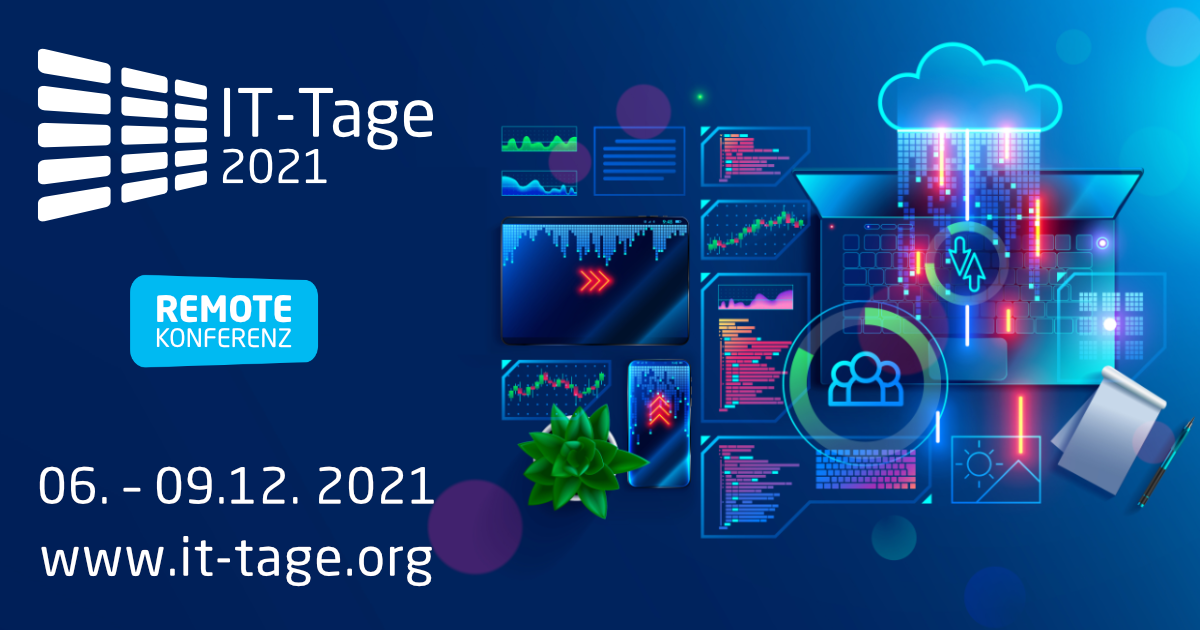 From December 6, 2021 till December 12 the IT-Tage 2021 took place in Frankfurt this year. I attended as speaker regarding the field of IoT: “No WLAN, no LAN: Wiring IoT installations”.

In this session I describe how a complex Peer-To-Peer (P2P) network of Raspberry Pi and Arduino devices can be set up using simple hardware interfaces and specially developed Java software (open source). If single-board computers such as the Raspberry Pi or the Arduino were to communicate with one another using conventional PC hardware, Ethernet often had to be used in the past: Network hardware such as routers or WiFi are required, network adapters have to be configured and when an Arduino comes into play, there is also a something expensive Ethernet shield to be used. This overhead and thus the additional costs can be avoided, especially with local installations, by means of a P2P network that uses the simple hardware interfaces that are everywhere on the microcontrollers. For the Raspberry Pi devices I use Java with its good Pi support as a technology and build a bridge to an earlier lecture on the topics of “swarm intelligence” and “IoT”. In addition to the P2P topology, I will deal with the control of the hardware interfaces as well as the design of the corresponding software.

“… In this session I build a bridge to an earlier topic “Internet of Things: Experiences of an enterprise developer” at the IT-Tage 2018. The lecture mentioned is by no means a prerequisite for this year’s topic. Nevertheless, I will go from the first IoT steps with Java to the current topic, which should encourage one or the other developer to devote herself to new topics without fear of contact.

For the demo application used in the speech, please refer to the PLAYLOAD manpage or the downloads section of this site.